NaijaMetro, (The number one guide to Nigerian cities) is on a mission to promote an inspiring, progressive and positive image of Nigeria. We do this by focusing on the best Nigerian cities have to offer. Whether you are a globe-trotting executive with minimal spare time or back-packer with all the time in the world, you will find a tonne of valuable information, little known interesting attractions and secrets that even some locals are not aware of. You can even book your hotels using our Hotels.com affiliate feature, you also get an amazing discount on most notoriously expensive Nigerian hotels. So go ahead explore the hidden beauty of the largest country and economy on the African continent.

Nigeria, officially the Federal Republic of Nigeria, is a federal constitutional republic comprising 36 states and its Federal Capital Territory, Abuja. The country is located in West Africa and shares land borders with the Republic of Benin in the west, Chad and Cameroon in the east, and Niger in the north. Its coast in the south lies on the Gulf of Guinea on the Atlantic Ocean. The three largest and most influential ethnic groups in Nigeria are the Hausa, Igbo and Yoruba.

The year, 2014, marks the centennial anniversary of the amalgamation of the North and South regions by the British colonial administration in 1914, to form the country named Nigeria.

The people of Nigeria have an extensive history. Archaeological evidence shows that human habitation of the area dates back to at least 9000 BCE.[5] The area around the Benue and Cross River is thought to be the original homeland of the Bantu migrants who spread across most of central and southern Africa in waves between the 1st millennium BC and the 2nd millennium. The name Nigeria was taken from the Niger River running through the country. The British colonised Nigeria in the late nineteenth and early twentieth century, setting up administrative structures and law while recognizing traditional chiefs. Nigeria became independent again in 1960. Several years later, it had civil war as Biafra tried to establish independence. Military governments in times of crisis have alternated with democratically elected governments.

Nigeria has several International Airports, including those in Lagos, Abuja, Kano, Port Harcourt and Calabar. Flights arrive daily from major Airports around the world, Airlines such as British Airways, Lufthansa, KLM, SwissAir, Delta Airlines and Virgin Atlantic have offices around the country. 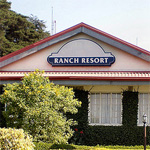 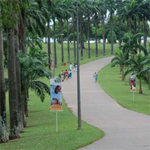 The International Institute of Tropical Agriculture (IITA) is one of the world’s leading research partners in finding solutions for hunger, malnutrition… read more 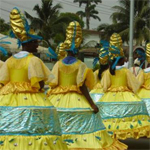 Obafemi Awolowo University is a government-owned and -operated Nigerian university. Founded in 1962 as the University of Ife…
read more 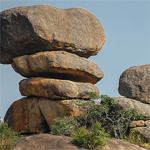 The Jos Plateau is a plateau located near the center of Nigeria. It covers 8600 km² and is bounded by 300-600 meter escarpments around much of its circumference… read more

Kano is the capital of Kano State in Northern Nigeria. Its metropolitan population is the second largest in Nigeria after Lagos… read more

There are no upcoming events.